The Face of CliMAX 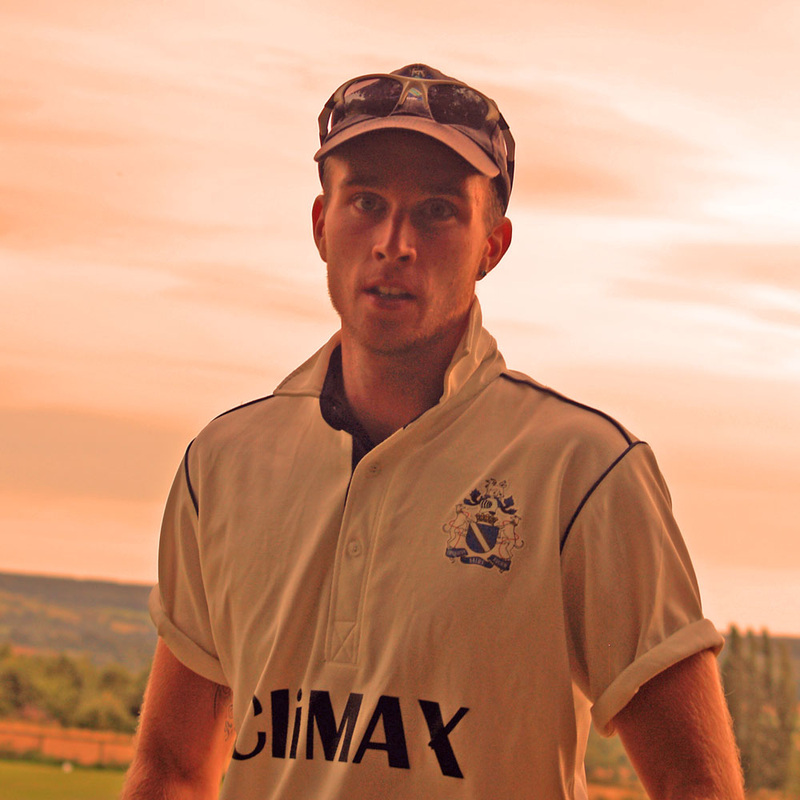 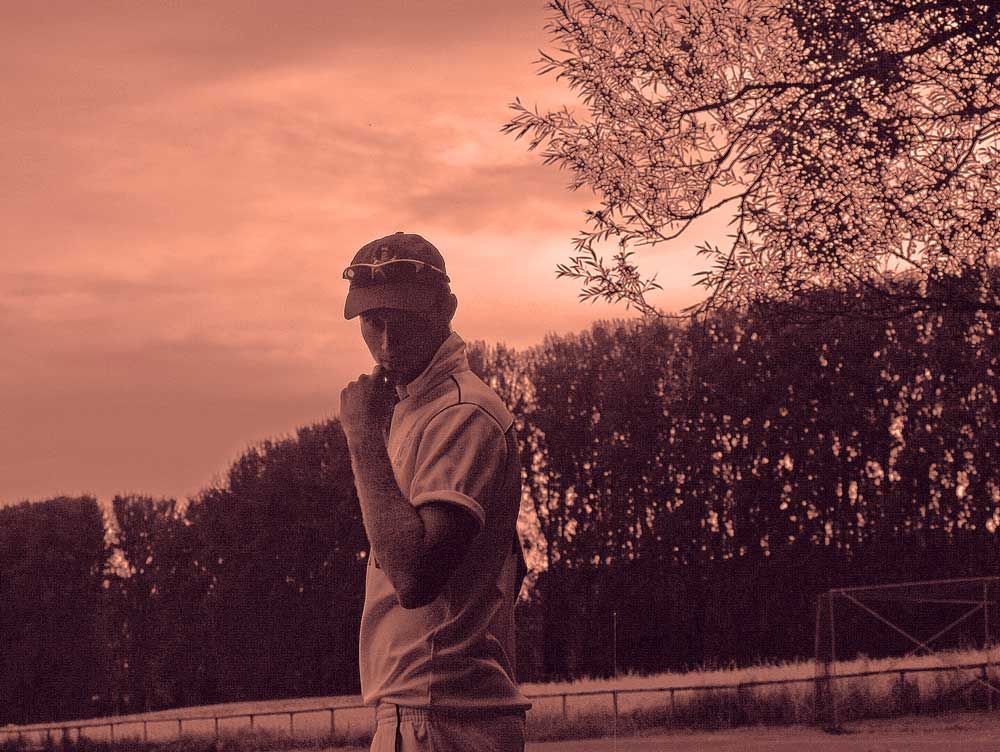 No need for a brave FACE 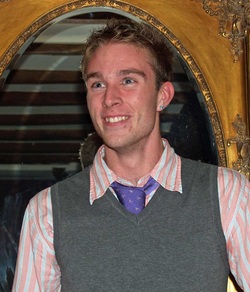 The Face of CliMAX stood before the assembled members of Ebrington Cricket Club on Friday 21 October 2011 at the Ebrington and told them how his first season as captain had gone.......Extremely well!   All victories except on 2 occasions and of course, one of these Collins allowed The CliMAX-Kid to play for Blockley on a free transfer! 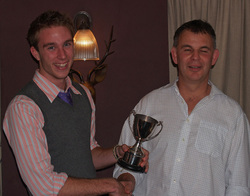 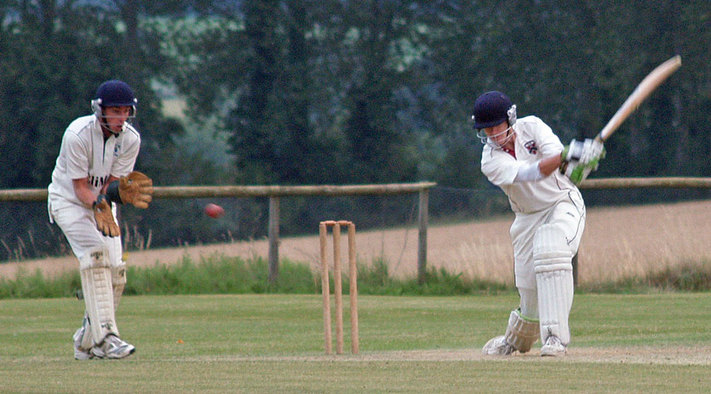 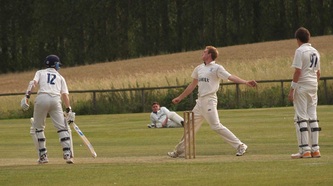 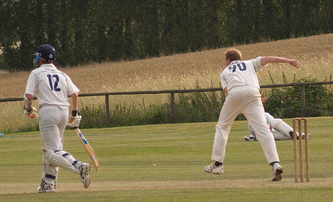 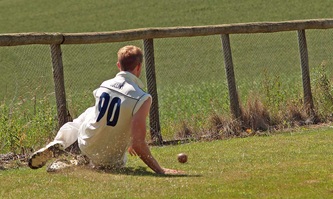 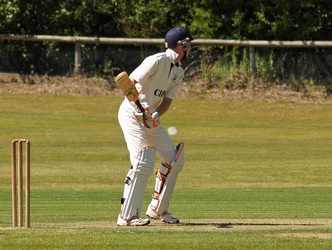 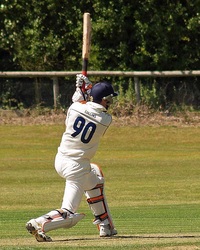 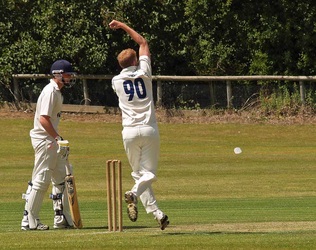 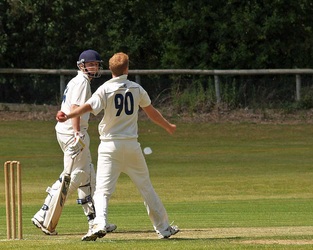 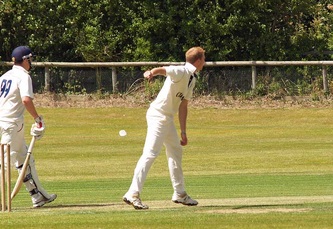 Mamba lets his prey slip away 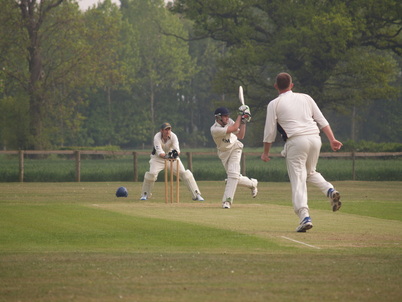 MAXimum for Mamba at first outing
The face of CliMAX – the Black Mamba himself (Josh Collins) – has been appointed captain of Ebrington CC’s Sunday team for 2011.  He started his reign in fine style on Sunday, at Grafton Court where he marshalled his troops to an impressive 70 run victory.  Batting first Collins was soon at the crease with the score 1 for 1.  He seemed to have grown in stature since last season and calmly collated an impressive 90 on the season opening fixture.  He shared in satisfying stands with Saturday captain Rob Sipthorp and a blistering partnership with the CliMAX-Kid Nat Gregory.   Josh hit the roof of the white pavilion with one of his well-timed MAXimums.  The Grafton boys were relieved it did not smash into their new pavilion built during the off season.  The Ebrington middle order kept piling on the agony for the Grafton bowlers and finished the 40 overs with 259.

Josh had plenty of bowlers to pick from, but showed his skill at selecting the right one for the right occasion.  Bringing Sam Elson on first change was a masterstroke.  The teenager made his first ball to the dangerous Liam Killian tell.  Killian edged this into Sipthorp’s gloves seconds after Peter Gregory had announced it as a ‘jug ball’.  Costly or what?!   [Other ‘jugs’ were spilt by Tommo and Duckie Clarkson. ]   Sam Jugson/Elson took two more wickets and had to be taken off before he spoilt the game.  Bowling opportunities were spread around the Yubby players until the final wicket went down in the 38th over.

After the game Mamba Collins stated, “I think I acquitted myself very well in my new role today.  The boys should look forward to playing under me for the rest of the season!”

Josh explains that his decision to go 'Mamba' is to do with the bat! 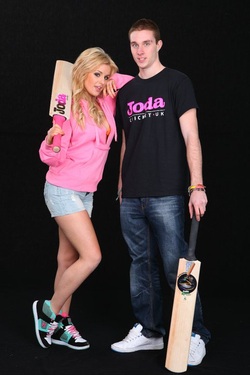 "I have made the decision to change bats because the Mamba offers hitting power and a great pick up with a more conventional design than the Mongoose. I believe that the Joda Black Mamba will have the power and force necessary to blow opponents away in CliMAX! Having used the bat already, I can say that I do prefer it to the goose, and even more runs will come my way with this blade. As a player, I feel that I am ready to move on from the Mongoose, as the time has come for me to evolve into the venomous Black Mamba!"

The face of CliMAX was willing to pose with a pretty young girl to help promote the Joda Sports range of bats - Good on ya' Josh!