Hatherley and Reddings come out on top in President's CliMAX sixes 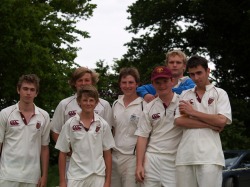 An action packed day with 49 MAXimums and 42 wickets provided thrilling entertainment for the spectators at Ebrington.  This time even the clouds could not prevent the day reaching its natural climax, though it rained through the last match of the tournament, which was fittingly played between 11 players who had never played CliMAX till this very day.   Experienced CliMAX cricketer and skipper of the team batting last was Ben Pigott.  He fired his team into a chance with MAXimums of consecutive legal deliveries, but when a wicket fell at the other end, he had all the hard work to do once more.  JJ Rudge was up to the task restricting Ben and securing victory for H &  R who had overtaken Nick Herbert's Ebrington Saturday team during the innings before.  This was thanks to enormous hitting by Mike Cupper.  More details of the matches of the tournament will follow with photos taken by Charlotte Gregory.

The journey to the title

H&R took up the CliMAX challenge from Ebrington on Sunday 13th June and came out magnificent winners of the Sixes Tournament held at the Campden Road Ground.  Callum Stewart brought a strong squad, though CliMAX novices, and after listening attentively to the rules, watching Ebrington Saturday players beat Nat’s VI, managed a grand total of zero in their first match in which Ebrington’s Sunday players beat them despite 144 from Jack Edge in just 13 balls. A marginal improvement was seen in the following game against the Ebrington Saturday team with H&R totaling 2, but edged out by a  match winning boundary from the last ball. Mike Cupper found some form with 41 and George Hill carried his bat for 12. Inspired to be against H&R first teamer Nat next, Callum Stewart batted through with Sam Coote scoring 59 and notching up a matching winning partnership of 79.  All-rounder Coote persuaded an umpire to uphold his dubious LBW appeal first ball of the innings to Nat and Nat's team were incapable of picking themselves up after this setback. H&R were in second place behind the Yubby Saturday players as they started the last game of the tournament against Ben’s young team. H&R lost early wickets, but Mike Cupper unleashed some enormous MAXimums included 2 in the last over, taking his own total to 152 and the team to an impressive 161.  With this H&R had  overtaken the Saturday team and just had to hold their nerve to stop Ben’s team overhauling them both in the final innings of the day.  Wickets are key in CliMAX and Tom Crofts duly obliged with 2 before JJ Rudge effectively clinched the Cup with a wicket in the last over.  Ben could not achieve a MAXimum from the last scheduled delivery and the Cup was Hatherley's. Callum, his team and cup were greeted by the people of Cheltenham as they returned to parade the streets in an open topped bus on Monday morning! But can anybody remember this after the hearty celebrations of the night before? 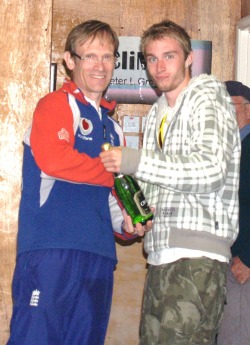 Josh "Mongoose" Collins is presented with something bubbly to celebrate his Champagne Moment flicking back a shot that was destined for a MAXimum and almost catching the rebound.  The award was agreed by our five captains; Tom Clarkson, Nate Gregory, Ben Pigott, Callum Stewart and Nick Herbert.

Presentation of the President's Cup 2010 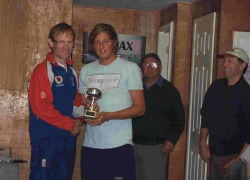 Callum Stewart the proud captain of Hatherley and Reddings received the President's Cup from Peter L Gregory with Chairman John 'Bunny' Baldwin showing his pleasure whilst Ken Smith finds a way into another photo. 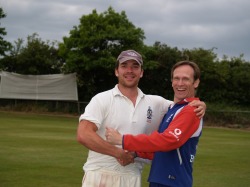 Will Green the first ever kiloMAX cricketer is congratulated by Peter Gregory having written himself into history. 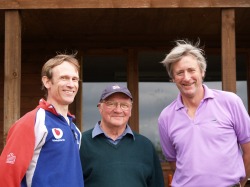 President of Ebrington Cricket Club, Earl Charles Fortescue was introduced to CliMAX designer Peter L Gregory by Ken Smith.  Earl Fortescue had been a keen cricketer himself until bitten by the golf bug.  He could not be tempted out of cricketing retirement, but certainly seemed interested in CliMAX and wished us well with our project.

Ebrington Cricket Club President's Day will feature the first CliMAX-sixes tournament.  It will be held at the Campden Road Ground on Sunday 13th June 2010 from 1pm.  Teams will feature Hatherley & Reddings CC under the captaincy of Callum Stewart who has just made his Minor Counties debut for Herefordshire, an invitation six of Nat Gregory, a further invitation team of Ben Pigott and two teams from Ebrington - one predominantly Saturday Cotswold Hills  league  players and the other Sunday cricketers.

The league structure to this tournament will ensure that approaching the last delivery of the last over of the last match that the winners of the President's Cup will still to be determined.  What more excitement could you want!


If it is Barbecue and Beer, we've got that too!

Captains of the CliMAX sixes 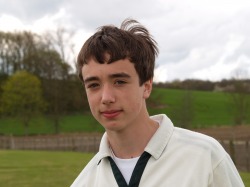 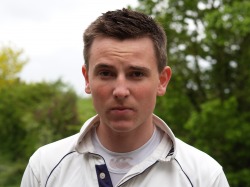 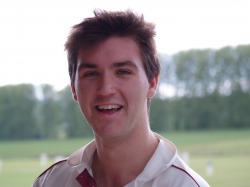 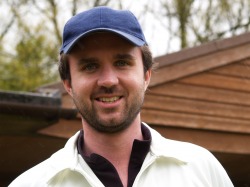