This is the story of a crib inspired by the St James Church Chipping Campden Crib festival.  It was made from medical equipment and medicine packets and challenges us all to consider what would happen if Jesus had not been born 2000 years ago, but instead is .............

Chapter 8
Two thousand and fourteen years ago a grey bearded man, famed for his ability to tell a good story, sat surrounded by children who gazed up in wonder as he continued his tale:

The porter pushed open the door and saw a young couple.  The boy was moving a tiny baby from near the feet of a crouching girl and placing it on some grubby sheets and folding these sheets over the baby.  Joe picked up the swaddled baby and drew it into his chest. As he stood up, he became aware of the presence of a man in the doorway.

“Oh. My God!” muttered the porter, “I’ll get help.”  He turned and was about to run, when he stopped once more, turned back and shoved the bed through the door way.  “Here.  Get yourself on this.” he said to May. 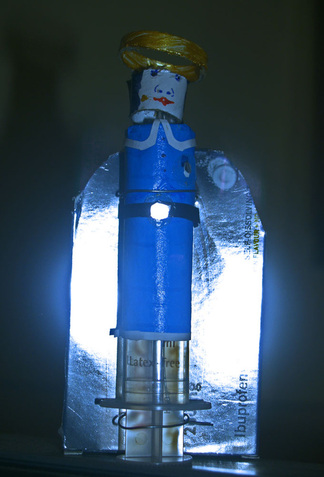 As the porter ran, a voice from behind told him to run to labour ward and tell anyone he should meet that a baby had just been born in the plant room.  He looked over his shoulder, but saw no person there, just a fluttering of the snow that seemed to fill up his own and two other sets of footprints.  He was soon at the Labour Ward office and there sat an unfamiliar midwife whose face shone out of the darkness.  She sat writing in hospital records illuminated just by the angle poise lamp perched on the desk.  She nodded calmly as she heard the porter tell what he had seen.  “Your work here is done.  Return to the doorway of the plant room so that you can direct staff to this family.” whispered the midwife.


The midwife pressed the keypad of the telephone on the desk three times and without lifting the handset spoke clearly and keenly to the switchboard operator.  “Paediatric crash team to the Plant Room.  Concealed pregnancy - baby delivered.  The Plant Room is found on the outer perimeter path between Accident and Emergency and Hospital Stores and has a single light over the door way.  Oh!  And scramble the air ambulance, this one may need transfer to the special care baby unit in Birmingham Children’s”. 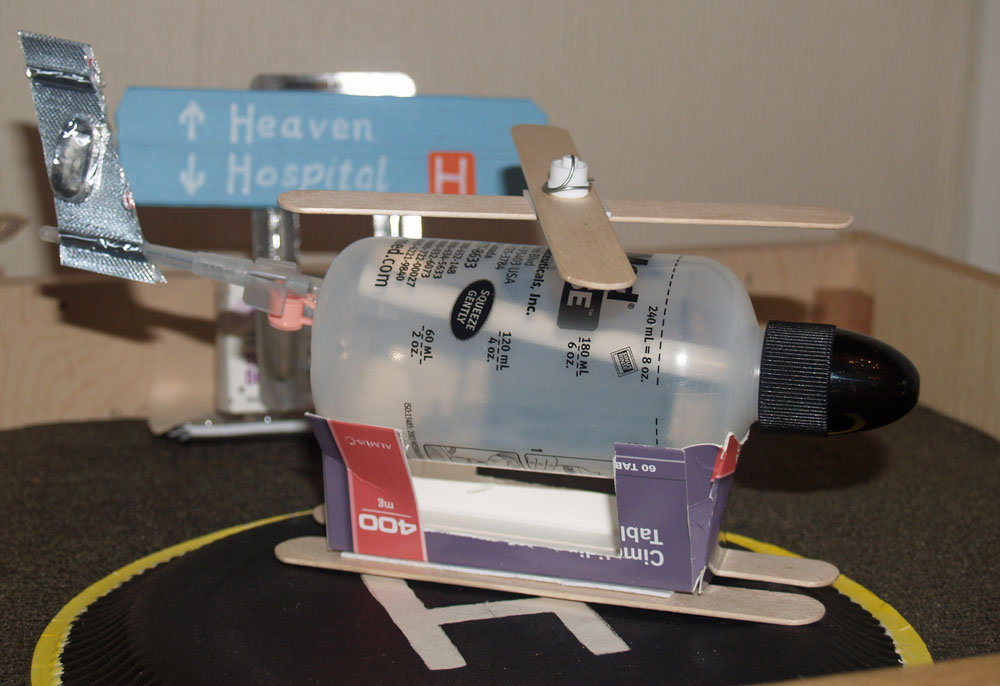